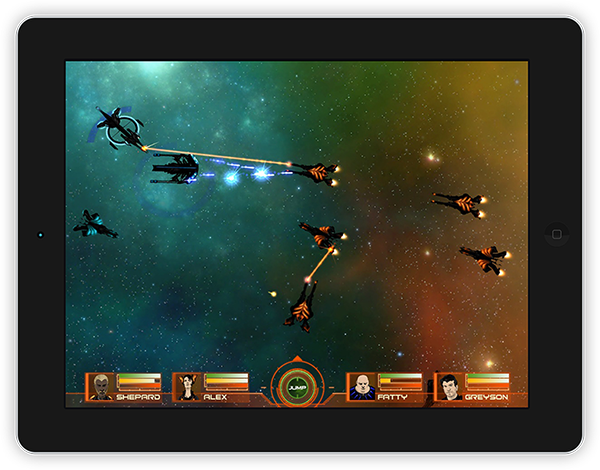 Nova is an action-strategy game for tablet devices. The player controls an elite squad of heroes in the far future as they endeavour to defeat the oppressive galactic powers present in the Milky Way galaxy.

Players will acquire new heroes and weaponry as they progress in the game. Heroes and weapons have unique abilities which the player can combine to develop the most effective strategy for defeating their opponents.